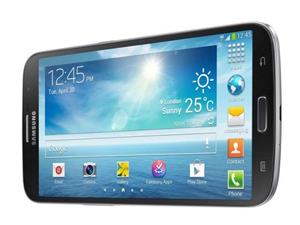 Samsung has released this monster onto the market, making it the biggest smartphone yet. The Smartphone that is nearly size of a tablet is called the Galaxy Mega and has been described as a “phablet” (a phablet is defined as a mobile device with a screen more than 5 inches diagonally).

Samsung believe that this huge Smartphone will appeal to commuters and others who regularly watch films on their devices.

With the screen measuring a massive 6.3 inches diagonally, the Galaxy Mega could easily be mistaken for a tablet rather than a Smartphone. Samsung have described it as a hybrid that combines the portability of a smartphone with the alluring experience that a tablet offers for movies and books.

The Samsung Galaxy Mega combines the two experiences of the smartphone and a tablet giving you great features such as amazing user experience, split screen and multitasking between videos and other apps. Samsung also claim that video and web browsing will be the main uses for the Galaxy Mega.

Samsung have had success in the past with phablets such as the Samsung Galaxy Note. Samsung also offer a wide variety of devices, with different screen sizes and prices. Due to this they are the leading makers of the Smartphone over Apples iPhone.