02 has announced the launch their 4G service 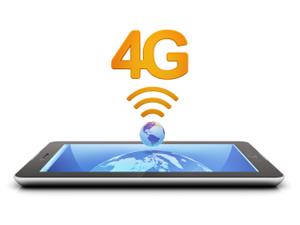 O2 has finally announced the launch of the UK’s second 4G network. They will be in direct competition with EE, who are currently the UK’s only 4G network provider. O2’s 4G service will be released on 29th August.

The service will only be available in 3 cities to begin with, London, Leeds and Bradford but they have said they are planning to extend the 4G service to another 10 cities by the end of the year.

However O2 are at a disadvantage, the EE network has already installed specialised double speed equipment across most of the 95 cities currently receiving their 4G service.

Not only does EE exceed O2 by having a broader reach, O2’s 4G network will be on the slower 800MHz spectrum and won’t work on the iPhone 5.

O2’s 4G basic package will start from £26 a month, but how much data allowance, texts and calls you will receive still hasn’t been revealed.

EE’s deals however start from £15 a month for pure data or £21 for both voice and data.

Both EE and O2 networks enforce data limits meaning neither will have unlimited data options. With this in mind, if data is your major concern when it comes to your smartphone it may be worth holding on until Three launches its 4G service as they plan to continue their all-you-can-eat data packages. Although this could be a bit of a wait…